COPAFS is organizing a Working Group focused on reviving the National Survey of Postsecondary Faculty (NSOPF) at the National Center for Education Statistics. The survey employs a nationally representative sample of full-and part-time faculty and instructional staff at public and private not-for-profit 2- and 4-year institutions in the United States. It is designed to provide data about faculty and instructional staff to postsecondary education researchers and policymakers. The survey was initially conducted during the 1987-88 school year and repeated in 1992–93, 1998–99, and 2003–04. It has been 18 years since it was last administered. If you or someone you know would be interested in joining the NSOPF Working Group please send Paul an email at paul.schroeder@copafs.org.

COPAFS is sponsoring a webinar entitled, “Introducing the DDI Metadata Standards in Support of Transparency in Federal Statistics” and will take place on Wednesday, March 16 at 12:00PM. Dan Gellman (BLS) will give an overview of the DDI and explain how the standard helps with transparency of federal data. Register for the event here.

2016-2020 ACS 5-Year Estimates Pre-Release Webinar: March 10, 2pm EST.
The webinar will consist of a simultaneous audio conference and online presentation. Attendees do not need to call into the webinar to hear the audio. Credentialed media and data users will be able to ask questions following the presentation.

The briefing will feature an expert panel presenting research regarding demographic, economic, health, and environmental challenges and opportunities facing U.S. rural communities from the Interdisciplinary Network on Rural Population Health and Aging (funded by the National Institute on Aging), and the Rural Population Research Network (funded by the U.S. Department of Agriculture). More information about the briefing, including a link to register, is available on the PAA home page. 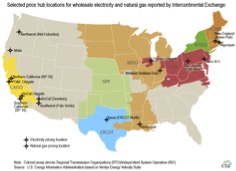 There were 42 federal register notices posted by federal statistical agencies from January 26, 2022 to February 25, 2022. Links to each of these notices are organized by agency below.